This weeekend we finally made the trip to Palouse Falls.  We have wanted to check this place out for at least a year.  So we enjoyed a drive through the Palouse that is covered with a carpet of verdant green winter wheat.  We trekked across some scablands along the southeastern fringe of the Columbia Basin to the small state park that houses the great horse tail falls of the Palouse River.  I stole the below photos from Vanessa as she wears the camera straps in the family (though I'm currently making a bid for designated videographer). 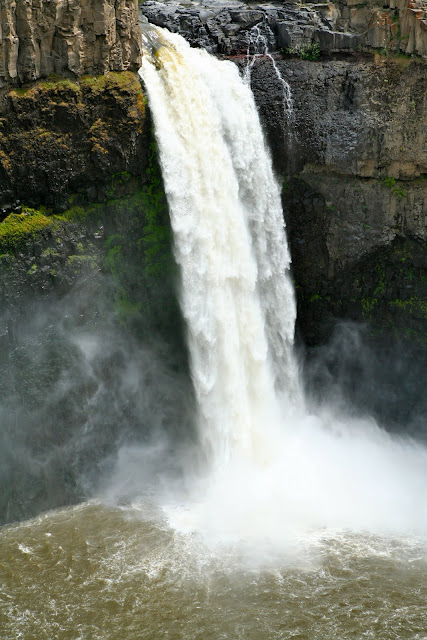 It is impressive, but is even bigger than this earlier in the spring.
Here is a video of a guy kayaking off the falls, which was a world record at the time (186 ft.)
Below is a stiff family portrait.  We were just getting geared up for the photo frenzy that is Vanessa. 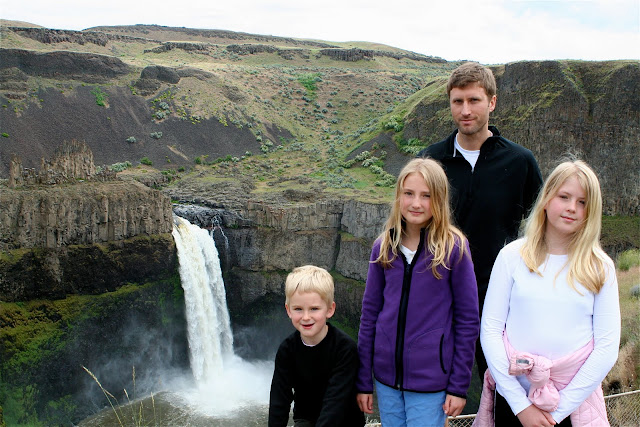 Starting to loosen up: 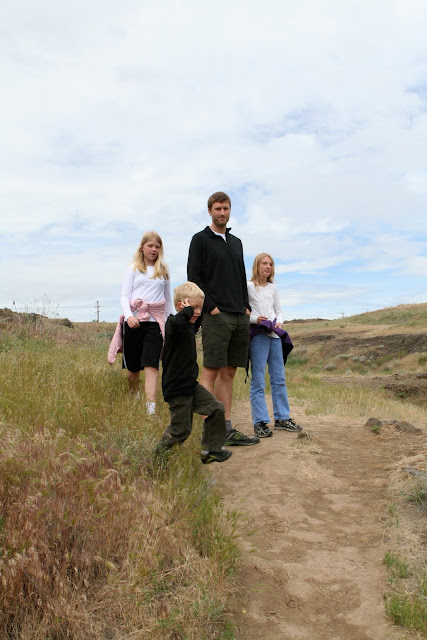 Ansel is a little too loose, and leaky: 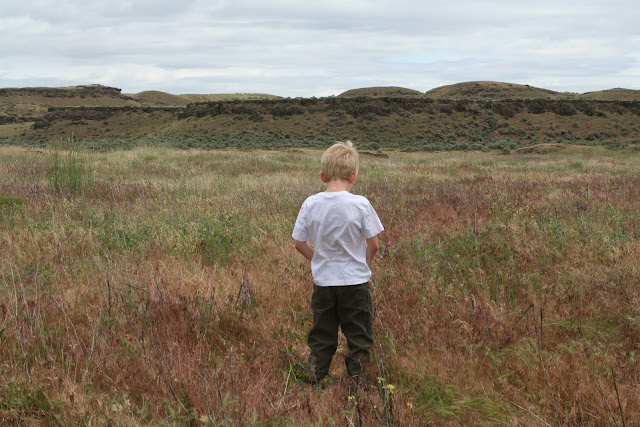 Of course he got a lot less loose after he saw this guy near the railroad tracks: 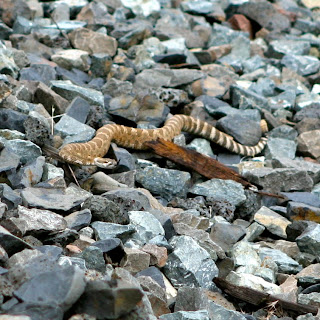 For the rest of the hike he stayed close to a parent and had a few episodes of panic when he "thought he heard something."  I'll have to put that in my bag of bad parenting tips for when I want him to stay close by--"Ansel, I think there's a rattlesnake over there."
Upper Palouse Falls: 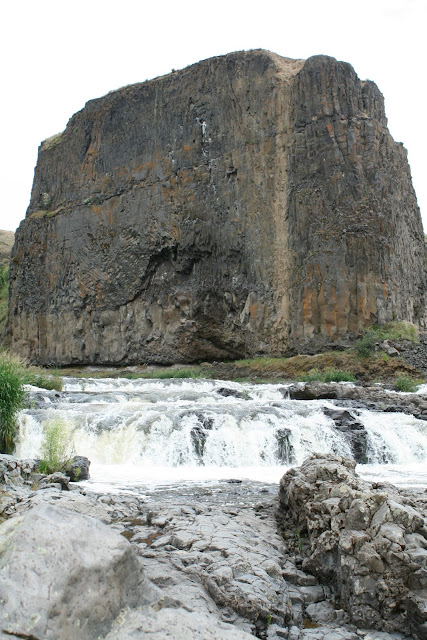 Castle Rock (No photos of Vanessa, no video of me.  We have to make sure we switch jobs from time to time). 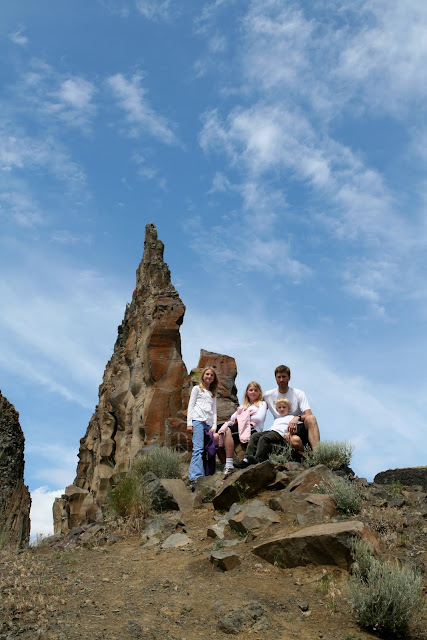 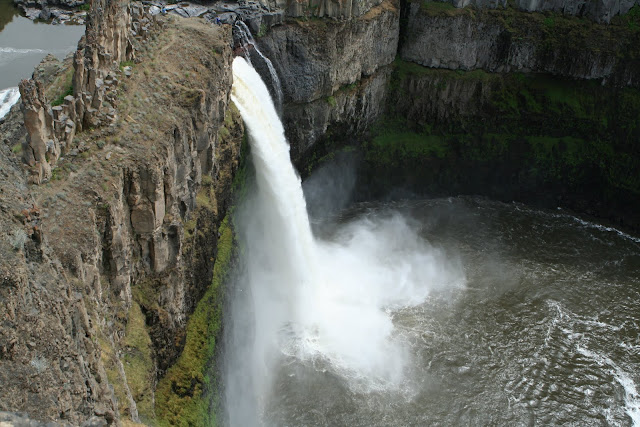 Palouse Falls Canyon from the top of the falls. 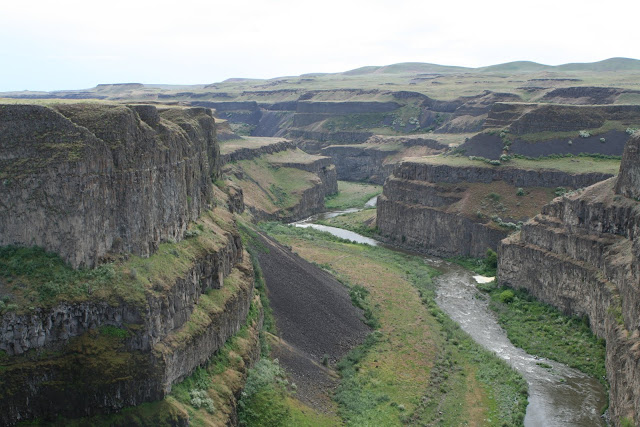 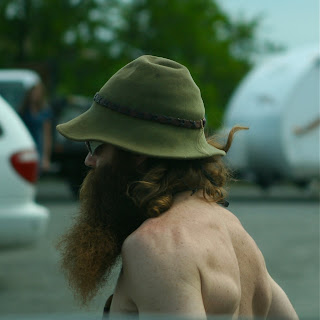 Later, back on the Palouse, on our way to the town of Palouse: 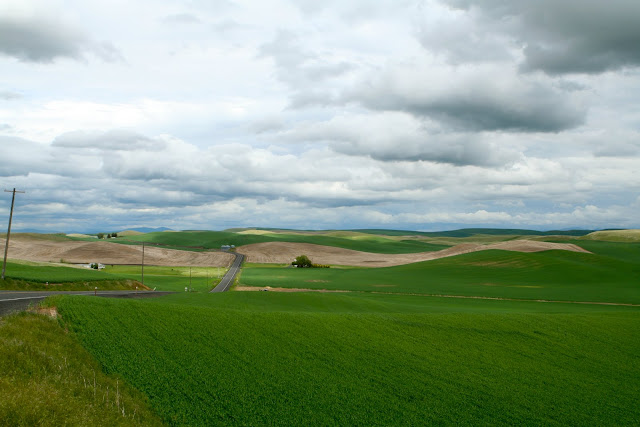 Green brick wall in the town of Palouse, a nice little artsy community just north and east of Pullman: 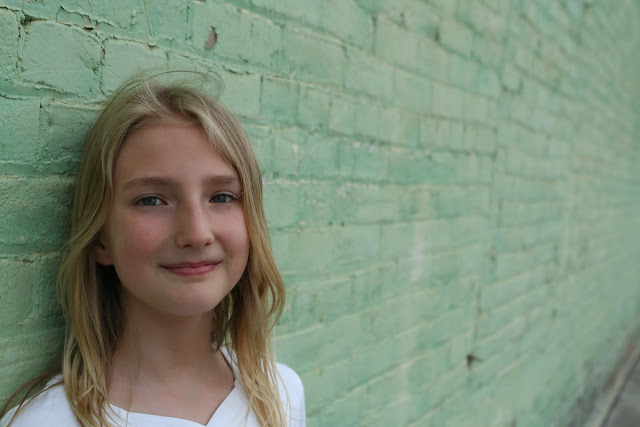 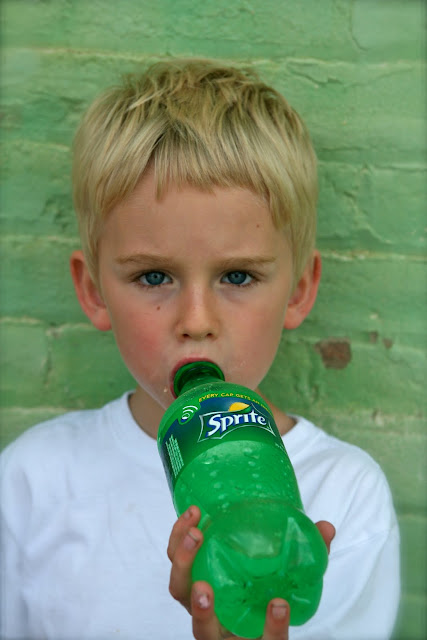 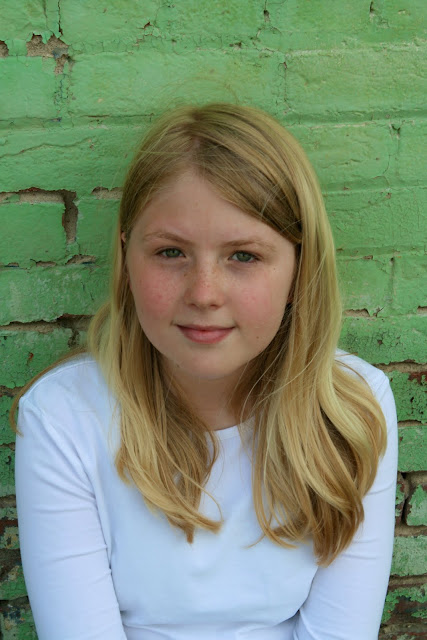