I worked the night shift over the week between Christmas and New Years, finally finishing the morning of January 2nd.  It was a hard week.  I did not sleep well knowing there were piles of light new snow and sunshine outside that everyone else was enjoying while I was banished to the darkness of the long December night.

But Sunday afternoon, after finishing a deserved post work nap, there was still some blue sky left.

We took the kids to explore Hog Canyon which contains a lake and a nice step waterfall at its north end.  The lake and waterfall are frozen right now making it an even more interesting trip. 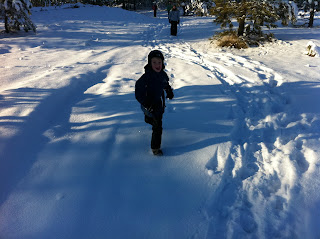 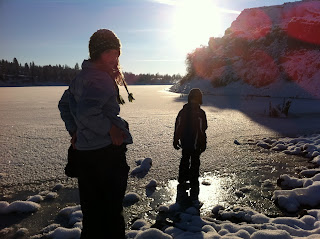 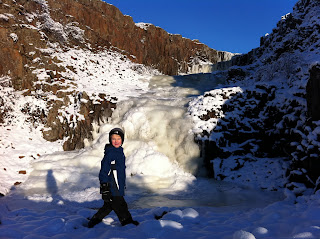 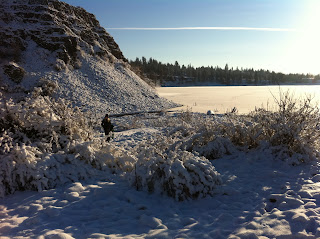 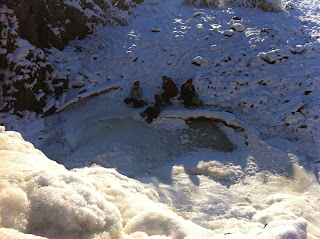 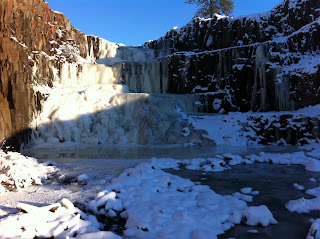 We had never been there before, so it was a nice mini adventure reading about it and searching it out.  The lake is south west of town about 30 miles, about the perfect distance for a bike camping destination in the warmer months.

Monday school began for the kids.  V and I dropped them off and headed up to Mt. Spokane where we hit the cross country trails.  It lightly snowed as we made our way around Quartz mountain.  After stretching our legs and working up an appetite, we got reacquainted over Thai food downtown. 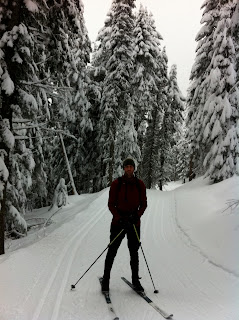 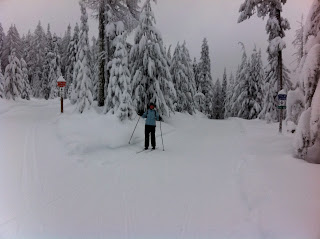 Then today we mixed things up a bit and, after dropping the kids at school, headed to the east end of Lake Couer d'Alene.  Mineral Ridge is well known as a Winter nesting area for bald eagles, and it didn't disappoint as we took in a hike around the hill side. 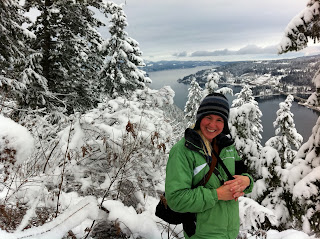 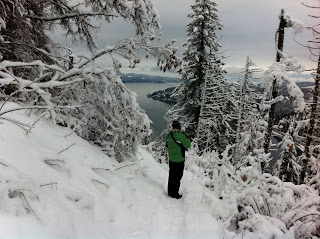 We spotted at least 20 bald eagles, some perched in trees, some swooping graciously over the lake, and a few with catches of fish.  V did a better job of documenting them with photos than I did.

Then we enjoyed another lunch at a bistro in Couer d'Alene I can't remember the name of as it seemed I was dreaming as I ate... 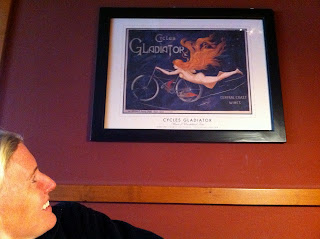 I'm sure we'll have another thawing rain soon, clearing the highway shoulders so tentative winter cyclists like myself can ride again.
Posted by lazyeye72 at 19:20